He has competed in eight Olympic games, which is an Australian record and at the 2020 Summer Olympics he was 61 years old, making him Australia’s oldest ever male Olympian. 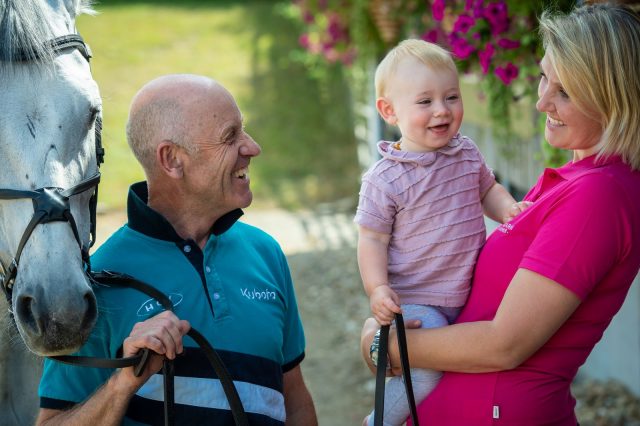 Hoy is based in Leicestershire, in the United Kingdom with his team. He has been living in the UK since 1993.Hoy was inducted into the Sport Australia Hall of Fame in 2000.

Andrew Hoy  married with Bettina Hoy. Andrew and his wife Bettina Hoy, who competed at the Olympic level for Germany, lived for 12 years in Gloucestershire, at the Gatcombe Park estate of The Princess Royal. The Hoys were the only married couple that has ever competed against each other in different teams for the same Olympic medals. In January 2009, the couple moved to the DOKR (Deutsches Olympia Kommitee für Reiterei) in Warendorf, Germany.

Andrew James Hoy, OAM  is an Australian equestrian rider who has an estimated Net Worth of $4 Million in 2022.

A spark behind Andrew Hoy‘s success at the Tokyo Games was a sign in his hometown of Culcairn, the veteran equestrian eventer has revealed.

Hoy took his Olympics career medal haul from four to six in the space of two hours on Monday night, as two faultless showjumping rounds saw him win team silver alongside Kevin McNab and Shane Rose and individual bronze.

The 62-year-old triple gold medallist has long been decorated in his NSW birthplace, with a welcome sign proclaiming, ‘Culcairn the home of Andrew Hoy’.But UK-based Hoy said of his last pre-COVID-19 visit to Culcairn in 2019: “I was a little disappointed in the way the sign was. 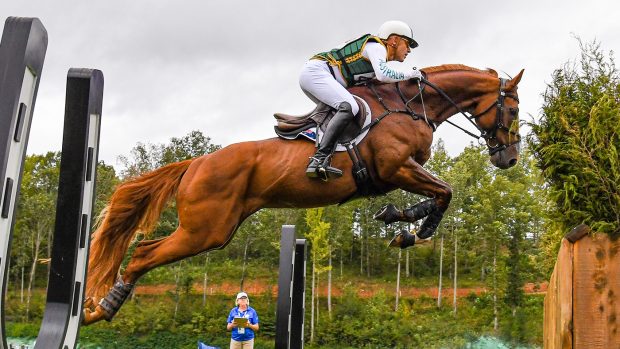 “It was starting to look a little faded and I thought I have to do something to make sure they change it.”Let’s hope Culcairn has got the funding to upgrade the sign or otherwise I might I have to do it myself.”Hoy became Australia’s oldest Olympic medallist at his eighth Games – another record for his country.

He now has three golds, two silvers and a bronze in his Games collection and has hinted that he is targeting the 2032 Brisbane Olympics when he would be 73.Hoy said: “60 is the new 20. It’s only when people keep mentioning my age that I actually think about it.

“I think we have to do it step by step and day by day.”At this point I’ve got the most wonderful horse in Vassily de Lassos, who statistically is the fastest horse in the world.

“I would describe him for those not familiar with my sport as the Usain Bolt of the equestrian industry.”I believe if Vassily de Lassos stays healthy and sound, and myself the same, I believe Paris (2024) is a strong possibility.

“In between Paris and Brisbane there is going to be Los Angeles (2028). A lot of work is to be done in between.”This is what keeps me going in this industry. I’ve got a passion to work with the horse, one that comes from the heart.”

Asked how he considered being Australia’s oldest Olympic medallist, Hoy replied: “I don’t think like that.”I just think of myself as a kid that grew up on a farm in a little country town called Culcairn, New South Wales.”

Published on 21 hours ago 2 min read