George William Russell is a British racing driver currently competing in Formula One, contracted to Williams. He was the 2018 FIA Formula 2 Champion for ART and the 2017 GP3 Series Champion.

Russell achieved his first F1 podium with Williams at the 2021 Belgian Grand Prix. He is also a part of the Mercedes Young Driver programme.He is due to join Mercedes full time in the 2022 season.

Russell was born in King’s Lynn, Norfolk, to father Steve and mother Alison, the youngest alongside two siblings: a sister, Cara, and an older brother, Benjy.Russell took up karting at the age of 7, having spent much of his time around karting tracks and his brother Benjy, who was also involved in competitive karting. Growing up in Wisbech, Cambridgeshire, Russell was educated at the Wisbech Grammar School,before moving to Milton Keynes at the age of 18 to be closer to his racing teams. 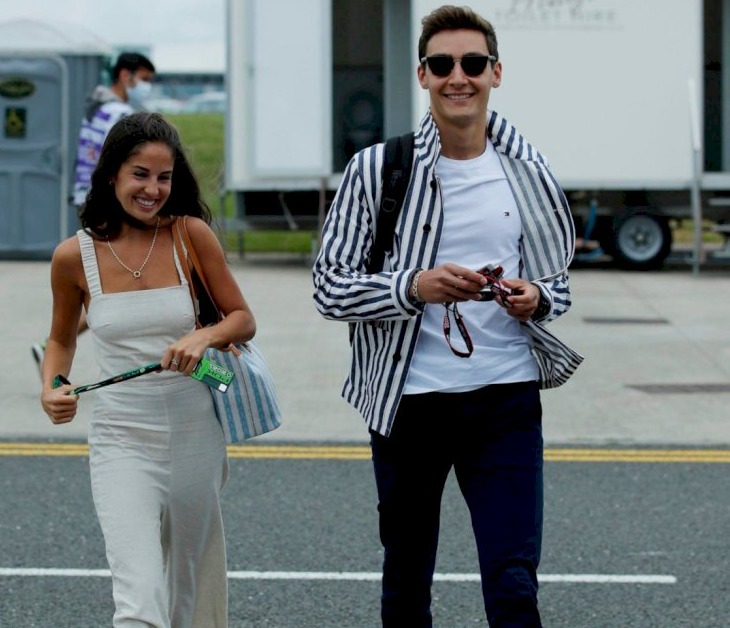 British driver George Russell is in relationship with Carmen Mundt. She is a student at the University of Westminster with a Bachelor’s degree in Business Management and Finance.

George William Russell is a British racing driver currently competing in Formula One, contracted to Williams who has an estimated Net Worth of $2 Million – $5 Million in 2022.

In 2014, Russell also competed in the BRDC Formula 4 Championship with defending champions Lanan Racing.He entered the final race of the season at Snetterton in a four-way title battle with teammate Arjun Maini and the HHC Motorsport pairing of Sennan Fielding and Raoul Hyman.After starting from pole position, Russell won the race, his fifth of the season, to clinch the title by just three points from Maini.

Russell graduated to Formula Three in 2015, racing in the FIA European Formula 3 Championship with Carlin.He took his first race victory in the opening round of the season at Silverstone, finishing ahead of fellow debutant Charles Leclerc and Antonio Giovinazzi in the second race of the weekend.He took a further two podium places at Spa-Francorchamps and the Norisring to finish sixth in the championship.

In early 2017, Russell joined Mercedes-AMG Petronas Motorsport as a part of their junior driver programme.It was announced that Russell would take part in both days of the Budapest test on the 1–2 August, which followed the Formula One World Championship and support series races at the same circuit from the weekend before.

Russell was announced as one of the Pirelli Tyre Test Drivers for Force India at the post-Spanish Grand Prix test in May 2018.He completed 123 laps for the team at the test, his first in a Formula One car with 2018 specifications.The first retirement of Russell’s career came at the Singapore Grand Prix when Romain Grosjean made contact with him during an overtake attempt, sending Russell into a wall.

Russell was retained by Williams for the 2021 season alongside Nicholas Latifi.At the Emilia Romagna Grand Prix, he collided with Valtteri Bottas after driving on to a wet patch and losing control of his car during an overtaking attempt, causing both cars to retire and prompting a red flag.Russell is due to join Mercedes in 2022, replacing Valtteri Bottas and joining fellow Briton Lewis Hamilton.