Norman Douglas Somerville Provan was an Australian professional rugby league footballer and coach know all about him in this article as like his Family, Net Worth, Parents, Wife, Children , Hall of Fame and Cause of Death.

Norman Douglas Somerville Provan was an Australian professional rugby league footballer and coach. Also nicknamed “Sticks”,he was a second-row forward with the St George Dragons during the first ten of their eleven consecutive premiership-winning years, from 1956 to 1966.

Named amongst the nation’s finest footballers of the 20th century, he was a representative in the Australian national team from 1954 to 1960, earning 14 Tests and two World Cups. In 2018, he was inducted as the 13th Immortal of Australian rugby league.

He was born on 18 December 1931 in Urana, New South Wales. As a result, he had a zodiac of Sagittarius and an Australian nationality. Provan started playing football at a young age. He began his junior career with Willoughby Roos, Sutherland Woronora, and Sutherland Gravediggers. 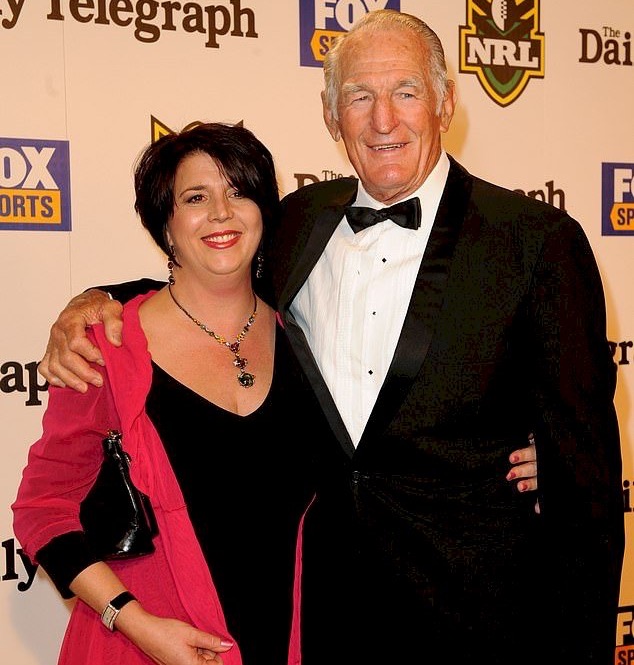 NRL’s Norm Provan joyously spent his entire life with his wife, Lynne Proven. The couple fell in love decades ago and exchanged vows. They spent their beautiful life together and remained together until death separated them. Moreover, they welcomed 4 beautiful children. It includes three boys including Noel and Douglas and a daughter named Suzanne.

Norman Douglas Somerville Provan was an Australian professional rugby league footballer and coach has an estimated Net Worth around $85 Million.He made a lot of money from his glorious career. He earned such a hefty fortune from his career as a player and coach.

Provan’s first junior football was played for Willoughby Roos in the North Sydney District and attending high school at Crows Nest. After his family relocated to the St George-Sutherland region, he played with the Sutherland Woronora Juniors and the Sutherland Gravediggers.

He was graded by St George in 1950 after being turned down by Easts the prior year. Having won the premiership in 1949, St George slipped to a fifth-place finish in 1950 but things were falling into place that year with the move to Jubilee Oval, Frank Facer’s move from player to club selector and committeeman and Provan’s arrival.

Provan featured in their 1951 campaign – a loss in the final against Manly for 3rd place; a 2nd place in the minor premiership in 1952 and a semi-final exit to North Sydney; and then the 1953 Dragons side that lost the 1953 final to South Sydney. St George and Souths would battle head-to-head on many more occasions in Provan’s illustrious career.

Provan’s strength at second row in attack and in defence, in partnership with Harry Melville, Harry Bath and Monty Porter laid the foundations in those first years of their glory run. After the retirement of Ken Kearney in 1962 from the playing arena, and given the Dragons administrators’ preference for a player-coach, Provan took over as captain-coach and the club’s dominant run continued.

In 1954 Provan first represented for New South Wales and that same year made his Test debut, playing in all three matches of the 1954 series against the visiting Great Britain side commencing a representative second-row partnership with Wests Kel O’Shea that would continue for a number of years.

Provan was selected for the 1956 Kangaroo tour. Due to injury he missed the Ashes series against Great Britain but appeared in three Tests against France at the end of the tour. He appeared in 15 other minor matches on the tour. In 1957 he was a member of Australia’s victorious World Cup squad.

Family priorities and business commitments caused him to cut short his representative career starting with the 1959 Kangaroo tour and he made his final national appearance in the 1960 series against France.

In 2004 Provan was admitted into the Australian Rugby League Hall of Fame. In 2007 he was selected by a panel of experts at second-row in an Australian ‘Team of the 50s’.

In February 2008, Provan was named in the list of Australia’s 100 Greatest Players (1908–2007) which was commissioned by the NRL and ARL to celebrate the code’s centenary year in Australia. Provan went on to be named in the second-row in Australian rugby league’s Team of the Century.

Announced on 17 April 2008, the team is the panel’s majority choice for each of the thirteen starting positions and four interchange players. In 2008 New South Wales announced their rugby league team of the century also and Provan was again named at second-row.