Kay made his television debut as a character comedy actor in a series of sketches for Granada TV’s “Last Last Show” and “Roy Mills Films of Fun” in 1998, where he also did a stand-up set. Neil Fitzmaurice appeared in the series, as did many other local comedians who Kay later hired for his Channel 4 show.

Now we are discussing his Early Life Details. Peter Kay was born on 2 July 1973 in Farnworth, United Kingdom. Michael John Kay is the name of Peter Kay’s father. He was an engineer who died just as his son’s career was about to take off. Margaret Deirdre O’Neill is his mother’s name.

The comedian grew up in a devout Roman Catholic family. Peter Kay attended elementary and high schools in his hometown. He then enrolled at the University of Liverpool to study Drama, Theatre Studies, and English Literature. On July 19, 2016, he was awarded an Honorary Doctor of Arts degree by the University of Salford. The award was given in recognition of his contribution to the entertainment industry.

According to reports Peter Kay is a married Man. He is Married with his beautiful wife Susan Gargan. The Couple have Three Children Together.

Peter Kay has an estimated Net Worth of $80 Million in 2022. He earns a good fortune from his hard work , which he devotes a lot of time to and where he presents oneself entirely.

Kay’s first television appearance was in a 1997 episode of New Voices, a comedy series that featured emerging talent. In Johanne McAndrew’s episode “Two Minutes,” he played a getaway driver as two of his friends attempted to rob a pub of its takings. In the BBC drama Born to Run in 1997, he played a delivery driver.He also made a one-off appearance on Coronation Street in 1997 as a delivery driver for Fred Elliot’s corner shop.

Kay made an episode of Channel 4’s Comedy Lab, “The Services,” in 1998, which won a Royal Television Society award for best newcomer after presenting a slot titled “Peter Kay’s World of Entertainment” on BBC Two’s The Sunday Show. This was the pilot for That Peter Kay Thing.

Following the success of the series, Kay and his co-writers, Neil Fitzmaurice and Dave Spikey, used the episode “In the Club” as the basis for Phoenix Nights, which became an instant hit. The first series, set in a newly refurbished social club run by Brian Potter, was partly shot at St Gregory’s Social Club in Farnworth, Greater Manchester, where the exterior, hallways, and function suite were used.

He appeared in the first episode of Linda Green in 2002, playing a pizza delivery man who turned out to be something of a soulmate to the eponymous heroine. He has appeared in two episodes of Coronation Street. The first was a brief appearance as a shopfitter in the late 1990s, but in January 2004, he co-wrote his scenes alongside Sally Lindsay, who played Shelley Unwin.

Kay followed up the success of Phoenix Nights with Max and Paddy’s Road to Nowhere in 2004. The show featured the show’s bouncer characters, played by Kay and Paddy McGuinness, as well as other Phoenix Nights characters. Channel 4 broadcast six episodes between November and December 2004. Kay received a Rose d’Or for Best Actor Performance in 2005 at the Montreux International Television Festival.

Kay first appeared in a series of television commercials for UK brewery, John Smith’s bitter in 2004, which imitated the style of Phoenix Nights and saw him develop his catchphrases “‘ave it!” and “two lamb bhunas.”

On April 17, 2006, Channel 4 aired a “Peter Kay Night,” which featured outtakes from Phoenix Nights (previously available on DVD), a behind-the-scenes documentary “180 – A Tour Documentary,” which followed Kay behind the scenes of his Mum Wants a Bungalow tour, and the entire Peter Kay Live in Manchester Arena show.

After a four-year hiatus, he returned to television in 2008 with Peter Kay’s BAFTA-winning satire of reality talent shows, Britain’s Got the Pop Factor… and Possibly a New Celebrity Jesus Christ Soapstar Superstar Strictly on Ice, which he co-wrote with Paul Coleman. The two-hour special aired on Channel 4 on October 17, 2008.

The sitcom Peter Kay’s Car Share premiered in May 2015. The series was a success, and a second season was ordered for April 2017. He appeared in Cradle to Grave, another BBC sitcom based on Danny Baker’s life as a teenager, in October 2015.

His first success as a stand-up comedian came in the North West Comedian of the Year competition, which was held in Manchester and hosted by Dave Spikey, who would later co-star and co-write Phoenix Nights. Kay came in last and won the competition, defeating Johnny Vegas. Kay stated that he aspired to be a comedian.

He did, however, continue to work part-time as an usher at his local cinema in Bolton while also performing stand-up comedy in the area. When the cinema closed, he was given the option of finding another job or pursuing comedy full-time.

His first semi-professional stand-up appearances were at the 1998 Edinburgh Fringe Festival, where he received a prestigious Perrier Award nomination after entering and winning Channel 4’s So You Think You’re Funny? contest in 1997. During this time, he also performed at other clubs, including London’s Comedy Store. 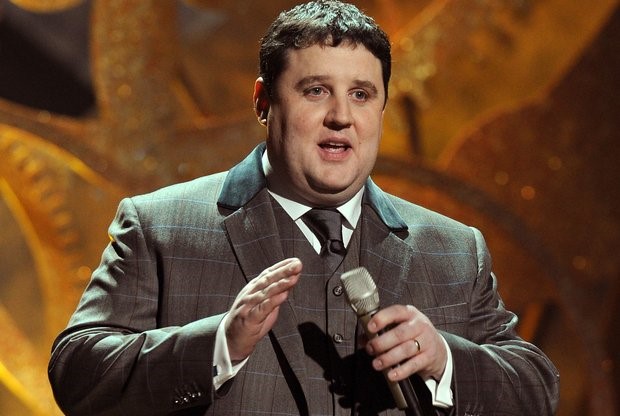