Rebekah Vardy Family and Parents – Rebekah Vardy is an English model and media personality born to Allison (Mother) and Carlos Miranda  (Father) .She was a contestant on I’m a Celebrity… Get Me Out of Here! in 2017 and on Dancing on Ice in 2021. Rebekah and Jamie Vardy are both Family ambassadors to Barnardo’s.

Vardy appeared on the seventeenth series of the ITV reality show I’m a Celebrity… Get Me Out of Here! in November 2017. On December 4, 2017, Vardy was the third celebrity to be eliminated. Vardy has appeared on Loose Women as a guest panellist and presenter on several occasions.

Rebekah reportedly has a personal net worth of £3 million which she mostly earns through endorsements. On the other hand Her husband net worth around £21.7million! Rebekah Vardy is said to be getting a £50,000 pay cheque to star in the upcoming 13th season of Dancing On Ice.The five-figure sum might not offset the looming libel case the star is launching against Coleen, however, which is reportedly set to cost £1 million.

She’s also featured on This Morning, Jeremy Vine, and Good Morning Britain. Vardy participated in two episodes of Celebrity Gogglebox with husband Jamie in 2019 and in an episode of How To Spend It Well at Christmas with her family in 2019. It was revealed in September 2020 that she would compete in the thirteenth season of Dancing on Ice in 2021. She was eliminated in week 6 with her partner Andy Buchanan.

Rebekah and Jamie Vardy are both Family ambassadors to Barnardo’s. Vardy is also a patron of The Dorothy Goodman School in Leicestershire. She has supported Leicester based homeless charity ‘Homelessness to Hope’ having officially opened The Hope Centre and has supported the Jeans for Genes charity campaign. Vardy supported the family of Alfie Evans, an infant boy from Liverpool with a then-undiagnosed neurodegenerative disorder, in their campaign to have him sent abroad for further treatment.

On 9 October 2019, Coleen Rooney made a Twitter post alleging that posts from her private Instagram account were being leaked to The Sun newspaper. Rooney stated that to catch out who was selling the stories, she had restricted access on who could see the posts.

She stated that the only viewer of these posts was Vardy, therefore insinuating that she was the culprit. This Tweet went viral, being dubbed the ‘Wagatha Christie’scandal (a play on words of famous mystery writer Agatha Christie, and the football term ‘WAG’).

Vardy, who was seven months pregnant with her fifth child at the time, responded on her own Twitter account, denying the claims and stated that her Instagram had been hacked.In June 2020, it was reported that Vardy is taking Rooney to court for defamation, with legal costs reportedly estimated to be £500,000 for each side.

Vardy won the first round of her case, setting the grounds for future libel action and also winning almost £23,000 in costs from Rooney.The pair are trying to reach a resolution without going through the courts, agreeing to delay further court proceedings until February 2021.

In a legal showdown between football spouses that mixed celebrity, social media and amateur sleuthing, a judge has ruled whodunnit.Judge Karen Steyn on Friday cleared Coleen Rooney of libeling Rebekah Vardy when she alleged that Vardy had leaked her private social media posts to the tabloid press.The judge said in a written ruling that Rooney’s allegation was “substantially true”. Steyn said it was likely that Vardy’s agent, Caroline Watt, had passed private information to The Sun newspaper, and that ”Mrs. Vardy knew of and condoned this behavior.”Vardy sued after Rooney accused her in 2019 of sharing the Instagram content with The Sun.

The case, heard at the High Court in May, was a media sensation. The women are celebrities in their own right, and both are married to famous footballers: Vardy to Leicester City and England striker Jamie Vardy, Rooney to former Manchester United and England star Wayne Rooney.Then there was the amateur detective work that led to Rooney’s accusation. Rooney, 36, has said she purposely posted fake stories on Instagram to find out who was passing her private information to the press. Rooney said she had blocked all accounts from seeing her Instagram stories, apart from the one she suspected of being the leaker.

Rooney was dubbed “Wagatha Christie,” a play on the slang term “WAG” — wives and girlfriends of soccer stars and the name of crime author Agatha Christie.Vardy, 40, strenuously denied leaking, and sued for libel “to establish her innocence and vindicate her reputation,” her lawyer Hugh Tomlinson said. He said Vardy had suffered “widespread hostility and abuse” after Rooney accused her in a post to almost 2 million social media followers.

The case caused a media frenzy during seven days of hearings as the two women went to court, along with their husbands, despite being urged by judges and legal experts to settle. The case has reportedly cost each side more than £1 million ($1.2 million) in legal fees. 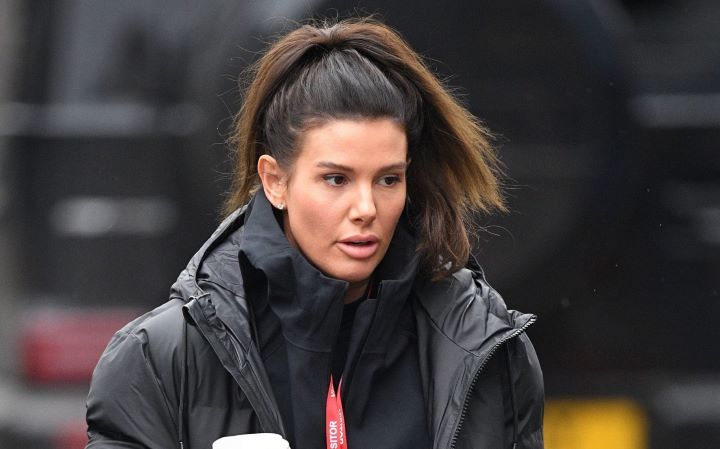