Rory McIlroy Net Worth – Rory McIlroy MBE is a professional golfer from Northern Ireland.McIlroy stunned the golfing world by winning his maiden major tournament at the U.S. Open at Congressional in Bethesda, Maryland, on June 19, 2011. McIlroy’s quality of play was unmatched all week, as proven by his 8-stroke triumph over second-place finisher Jason Day.

Rory McIlroy has an estimated Net Worth of $170Million in 2022. McIlroy signed a $100 million contract with TaylorMade in 2017.McIlroy became the youngest player to earn €10 million on the European Tour.With earnings of over $54 million, McIlroy ranks 7th on the all-time money leaders list for professional golfers.He earns a good fortune from his hard work , which he devotes a lot of time to and where he presents oneself entirely.

Rory McIlroy was born to his parents Rosie McDonald ( Mother ) and Gerry McIlroy ( Father ).McIlroy’s father worked multiple jobs to supplement his income and support his son’s golf career. His mother worked extra shifts at the 3M facility in the neighborhood.He was introduced to golf at an exceptionally young age by his father, who coached him.

Mcllroy was born in Holywood, County Down, Northern Ireland, on May 4, 1989. He went to Sullivan Upper School after St. Patrick’s Primary School. Gerry McIlroy is a talented golfer who used to play off a scratch handicap. He practically begged his father to take him to Holywood Golf Club every day. According to family legend, he received a new golf club as a gift, was shown the appropriate grip by his father, and then took the club to bed with him that night, his hands properly holding the club. At the age of seven, McIlroy joined Holywood Golf Club and became the club’s youngest member. His early favorite was a golf technique video created by winner Nick Faldo.

McIlroy dated Danish tennis professional Caroline Wozniacki from 2011 to 2014. They became engaged on 31 December 2013 and ended their engagement on 21 May 2014.McIlroy started dating a former PGA of America employee, Erica Stoll, in 2015. In December 2015, they became engaged while on holiday in Paris. They married in April 2017 at Ashford Castle in Cong, County Mayo.They had a daughter Poppy in September 2020.

A custom-built practice facility and a scaled-down football pitch were among the features of the area surrounding his home. The mansion was put on the market in September 2012 for £2 million. McIlroy bought a $10 million home in Palm Beach Gardens, Florida, in December 2012, close to Jack Nicklaus’ The Bear’s Club. McIlroy is a UNICEF Ireland Ambassador who made his first trip to Haiti with UNICEF in June 2011. McIlroy was also named an official ambassador for the PGA Junior League Golf in 2014.

He signed a letter of intent to pursue collegiate golf at East Tennessee State University in late 2004, when he was 15 years old, but following his victories in 2005, he opted to forego the golf scholarship and continue playing amateur golf in Europe.

In July 2005, at the age of 16, McIlroy set a new competitive course record of 61 at Royal Portrush Golf Club’s Dunluce links.On September 18, 2007, the day before the Quinn Direct British Masters, McIlroy became a professional golfer. International Sports Management took him on as a client. McIlroy tied for 42nd place at the Quinn Direct British Masters with a score of 290 (+2).

In October, he came in third place at the Alfred Dunhill Links Championship. He clinched his card for 2008 the following week, finishing in a tie for fourth place at the Open de Madrid Valle Romano. He was the youngest Affiliate Member to earn a tour card in the history of The European Tour. He earned €277,255 on the 2007 European Tour season and finished 95th on the Order of Merit list. He was the associate member with the highest rank.

McIlroy stunned the golfing world by winning his maiden major tournament at the U.S. Open at Congressional in Bethesda, Maryland, on June 19, 2011. McIlroy’s quality of play was unmatched all week, as proven by his 8-stroke triumph over second-place finisher Jason Day. McIlroy’s victory set a number of records, the most notable of which was his 72-hole aggregate score of 268 (16-under), which was a new U.S. Open record.

Tiger Woods’ 12 under par at Pebble Beach Golf Links in 2000 was beaten by this 16-under par. Since Bobby Jones in 1923, he was the youngest winner. The victory propelled McIlroy to a career high of fourth place in the Official World Golf Ranking. 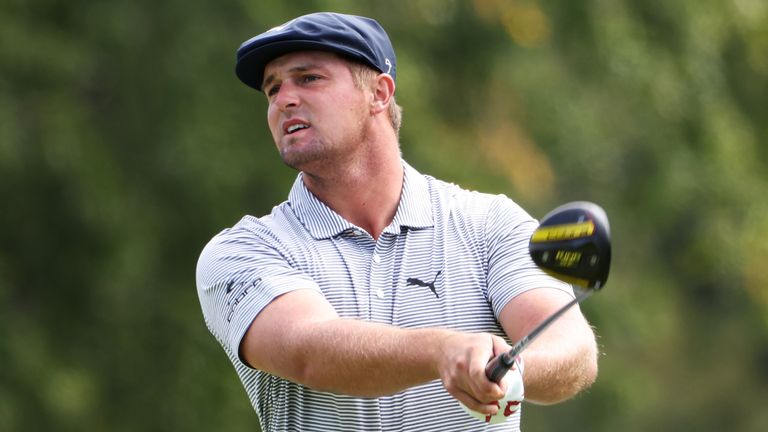 Published on 8 days ago 2 min read

Published on 17 days ago 8 min read

Published on 17 days ago 3 min read